With the relaxed rules, Savarkar took up several causes successfully:
(1)  putting an end to forcible religious conversions in the Jail, protecting young convicts from molestation, and making sure Hindu convicts had same rights and opportunities as the Muslim convicts


(2)  establishing a library with books, magazines, and newspapers in various languages; insisting upon political prisoners learning the national language, Hindi, and any other language besides their own; giving them lessons in geopolitics, history and economics


(3)  extending learning opportunities to the general convicts as well, even personally teaching them to read and write; in later years, their flourishing learning center was fondly called Nalanda University


(4)  making Hindi the language of communication in Andaman


(5)  establishing a flourishing Hindu Sanghatan program; spreading national pride and patriotism to the free lifers on the islands and the merchants and businessmen who visited it


(6)  organizing the collection and management of funds, though without any formal accounts, to run all the programs


(7)  establishing the practice of Sunday meetings with talks, lectures, and bhajans. 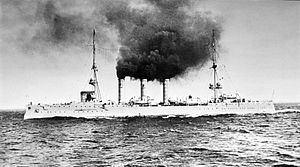 ·       He composed thousands of lines of sublime poetry, memorized them, and eventually got them published, a feat that is unequalled to this date.


·        During WWI the German cruiser Emdem was sent to free Savarkar. But it sank in battle.


·       With Turkey taking the side of Germany in WWI, Savarkar saw a new danger to India upon the horizon—the possibility of a combined attack from Afghanistan. He thought deep and settled on a change of plan. He wrote to the Government that “if it equips India with a form of government vital for her freedom and progress. The revolutionaries of the past would then stop all violence and wholeheartedly help Britain in her present war. . . . We pledge our word of honor that we will bring recruits to the Indian army in large numbers to stave off the invasion of India from the joined forces of Afghanistan and Turkey.”


·        From 1916 onwards Savarkar’s health deteriorated to the extent he even contemplated suicide. He did get medical treatment and a special diet. Slowly he pulled through.

(The ship in the photo is the SMS Emdem.)
Posted by Unknown at 5:42 PM