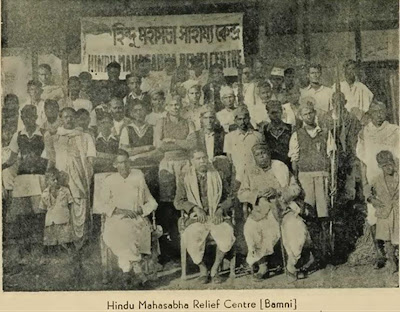 ·       The Cabinet Mission that came over to decide India’s fate declared India must remain a single sovereign country. Congress and the Muslim League agreed to honor the spirit of the Cabinet Mission proposals. Jinnah agreed to take the Pakistan demand off the table under those circumstances.

·       July 10, 1946: Nehru declared in a press conference that Congress was not bound by the terms of the Cabinet Mission proposal. Jinnah was roused into demanding Pakistan again.

·       July 27, 1946: the Muslim League declared Direct Action and embarked on a vicious campaign of violence against the Hindus to get their way. Wavell, Gandhi, and Nehru did nothing at all to protect the Hindus or to call off the Direct Action.

·       Gandhi and Nehru preached nonviolence to the Hindus and insisted that only the Government could retaliate against the rioting—only the Government was doing nothing effective. Savarkar encouraged the Hindus to pick up arms and defend themselves, and even made sure that arrangements were made for that and for protecting the Hindu areas wherever possible.

·        The whole of India was in a state of civil war, particularly Pakistan and Bengal.

·        Prime Minister Atlee recalled the ineffective Wavell and sent Lord Mountbatten instead. In a short time he had all the princes and Congress leaders eating out of his hand.
-   Anurupa